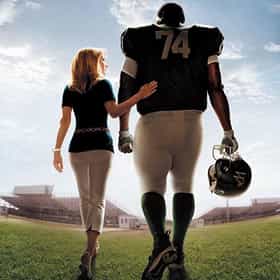 The Blind Side is a 2009 American semi-biographical sports drama film. It was written and directed by John Lee Hancock, and based on the 2006 book The Blind Side: Evolution of a Game by Michael Lewis. The storyline features Michael Oher, an offensive lineman who played for the Baltimore Ravens and the Tennessee Titans, and currently is signed with the Carolina Panthers in the NFL. The film follows Oher from his impoverished upbringing, through his years at Wingate Christian School, his adoption by Sean and Leigh Anne Tuohy, to his position as one of the most highly coveted prospects in college football, then finally becoming a first-round pick of the Ravens. Sandra Bullock stars as ... more on Wikipedia

Quietly Racist Things You Probably Missed In The Blind Side 46.7k views The Blind Side, based on the true story of Michael Oher, is a competent movie. Its camera movements are steady, and its acto...

The Blind Side is ranked on...

The Blind Side is also found on...