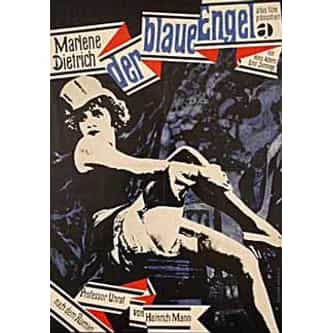 The Blue Angel is a 1930 German tragicomedic film directed by Josef von Sternberg and starring Emil Jannings, Marlene Dietrich and Kurt Gerron. Written by Carl Zuckmayer, Karl Vollmöller and Robert Liebmann – with uncredited contributions by Sternberg. It is based on Heinrich Mann's novel Professor Unrat, and set in Weimar Germany. The Blue Angel presents the tragic transformation of a man from a respectable professor to a cabaret clown, and his descent into madness. The film is ... more on Wikipedia

The Blue Angel IS LISTED ON