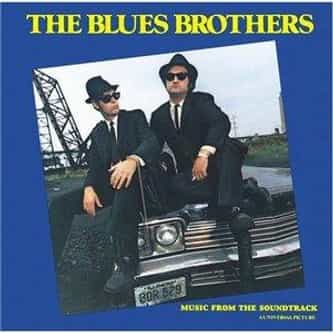 Tagline
They're Back.
The Most Dangerous Combination Since Nitro and Glycerine.
They'll never get caught. They're on a mission from God.

The Blues Brothers is a 1980 American musical comedy film directed by John Landis and starring John Belushi and Dan Aykroyd as "Joliet" Jake and Elwood Blues, characters developed from "The Blues Brothers" musical sketch on the NBC variety series Saturday Night Live. It features musical numbers by rhythm and blues, soul, and blues singers James Brown, Cab Calloway, Aretha Franklin, Ray Charles, and John Lee Hooker. The film is set in and around Chicago, Illinois, where ... more on Wikipedia

The Blues Brothers IS LISTED ON