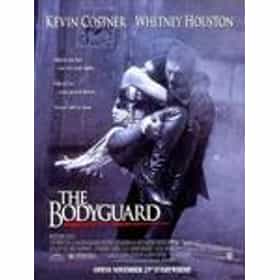 The Bodyguard is a 1992 American romantic thriller film directed by Mick Jackson, written by Lawrence Kasdan, and starring Kevin Costner and Whitney Houston. Costner stars as a former Secret Service Agent-turned-bodyguard who is hired to protect Houston's character, a music star, from an unknown stalker. Kasdan wrote the film in the mid 1970s, originally as a vehicle for Steve McQueen and Diana Ross. The film was Houston's acting debut and was the second-highest-grossing film worldwide in 1992, making $411 million worldwide, despite mixed to negative reviews from critics. The soundtrack became the best-selling soundtrack of all time, selling more than 45 million copies worldwide. The ... more on Wikipedia

lists about The Bodyguard

Every Song in The Bodyguard, Ranked by Singability 276 votes While the film got lukewarm reviews, the musical version of The Bodyguard opened to critical acclaim when it premiered on Br...

The Bodyguard is ranked on...

The Bodyguard is also found on...