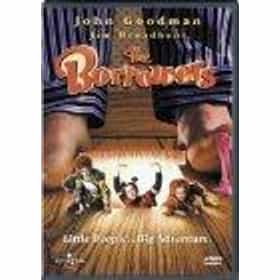 The Borrowers is a 1997 British/American live-action comedy film based on the children's novel of the same name by author Mary Norton. In 1998 it was nominated for the title of Best British Film in the British Academy of Film and Television Arts awards, but lost to Gary Oldman's Nil by Mouth. The film also picked up another two nominations and one win in awards. Some of the film's scenes were shot on location in the village of Theale, near Reading, Berkshire, where all of the buildings and shops in the High Street were painted dark green. ... more on Wikipedia

The Borrowers is ranked on...

The Borrowers is also found on...