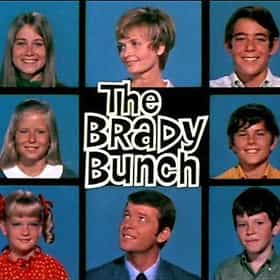 The Brady Bunch is an American sitcom created by Sherwood Schwartz that originally aired from September 26, 1969, to March 8, 1974, on ABC. The series revolves around a large blended family with six children. Considered one of the last of the old-style family sitcoms, the series aired for five seasons and, after its cancellation in 1974, went into syndication in September 1975. While the series was never a critical or ratings success during its original run, it has since become a popular staple in syndication, especially among children and teenage viewers. The Brady Bunch's success in syndication ultimately led to several reunion films and spinoff series: The Brady Bunch Hour, The ... more on Wikipedia

The Real Cast of the Brady Bunch Led Extremely Tragic Lives Behind The Scenes 4.9M views The Brady Bunch cast won the hearts of America with their poignant family relationships, '70s style, and timeless life lesso...

The Brady Bunch is ranked on...