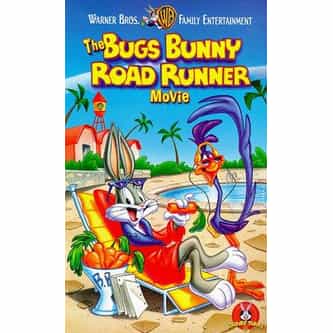 The Bugs Bunny/Road Runner Movie is a 1979 Looney Tunes film with a compilation of classic Warner Bros. cartoon shorts and animated bridging sequences, hosted by Bugs Bunny. The bridging sequences show Bugs at his home, which is cantilevered over a carrot-juice waterfall. Early on, Bugs discusses the wild villains he had co-starred with in his cartoons, which is followed by a tongue-in-cheek sequence depicting the history of comedy and a scene in which Bugs discusses his "several ... more on Wikipedia

The Bugs Bunny/Road Runner Movie IS LISTED ON