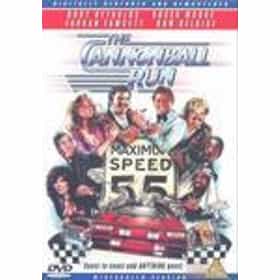 The Cannonball Run is a 1981 comedy film starring Burt Reynolds, Roger Moore, Dom DeLuise, Farrah Fawcett, and an all-star supporting cast. It was directed by Hal Needham, produced by Hong Kong's Golden Harvest films, and distributed by 20th Century Fox. One of 1981's most successful films at the box office, it was followed by Cannonball Run II, and Speed Zone. This and the 1984 sequel were the final film appearances of actor Dean Martin. ... more on Wikipedia

The Cannonball Run is ranked on...

The Cannonball Run is also found on...