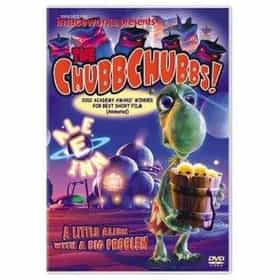 The ChubbChubbs! is a 2002 American computer-animated comedy short film by Sony Pictures Imageworks. It was directed by Eric Armstrong, produced by Jacquie Barnbrook, and written by Jeff Wolverton. The ChubbChubbs! won an Oscar for Best Animated Short in 2002. The short "was originally conceived as a pipeline test to help determine the studio’s strengths and weaknesses in producing all-CG animation within the Imageworks production environment." ... more on Wikipedia

The ChubbChubbs! is also found on...

Every Oscar Winning Film Ever List of All Animation Movies