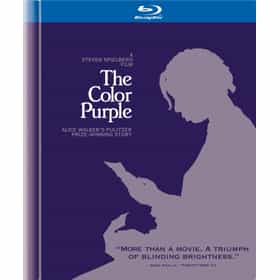 The Color Purple is a 1985 American period drama film directed by Steven Spielberg, based on the Pulitzer Prize-winning novel of the same name by Alice Walker. It was Spielberg's eighth film as a director, and was a change from the summer blockbusters for which he had become famous. It is also the first feature-length film in Spielberg's entire career for which John Williams has not composed the music. The film starred Danny Glover, Desreta Jackson, Margaret Avery, Oprah Winfrey, Adolph Caesar, Rae Dawn Chong, and introduced Whoopi Goldberg as Celie Harris. Filmed in Anson and Union counties in North Carolina, the film tells the story of a young African American girl named Celie Harris ... more on Wikipedia

The Color Purple is ranked on...

The Color Purple is also found on...