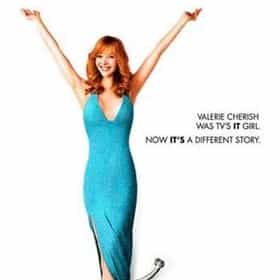 The Comeback is an American television comedy-drama series produced by HBO that stars actress Lisa Kudrow as sitcom actress Valerie Cherish in modern-day Los Angeles, California. It was created by Kudrow and Michael Patrick King, a former executive producer of Sex and the City. Kudrow and King are also screenwriters and executive producers of the series, with King also serving as the director of some episodes. The series premiered on HBO on June 5, 2005 and aired for a single, 13-episode season before being canceled. The series was revived nine years later and an eight-episode second season started airing on HBO on November 9, 2014. The show, a satirical, comedic look inside the ... more on Wikipedia

The Comeback is ranked on...