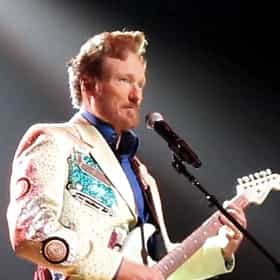 Conan is a late-night talk show airing each Monday through Thursday on TBS in the United States. The hour-long show premiered on November 8, 2010, and is hosted by writer, comedian and performer Conan O'Brien. Describing itself as a traditional late-night talk show, Conan draws its comedy from recent news stories, political figures and prominent celebrities, as well as aspects of the show itself. The show typically opens with a monologue from Conan O'Brien relating to recent headlines and frequently features exchanges with his sidekick, Andy Richter, and members of the audience. The next segment is devoted to a celebrity interview, with guests ranging from actors and musicians to media ... more on Wikipedia

Conan is ranked on...

Conan is also found on...