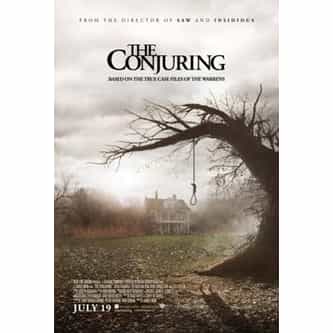 The Conjuring is a series of American horror films created by Chad Hayes and Carey Hayes, as screenwriters, and distributed by the New Line Cinema division of Warner Bros. Pictures. The franchise surrounds the real life cases of Ed and Lorraine Warren, paranormal investigators and authors associated with prominent yet controversial cases of haunting. The main series follows their attempts to assist people who find themselves possessed by demonic spirits, while the spin-off films focus on ... more on Wikipedia

lists about The Conjuring Franchise

234k readers Who Is Valak, The Demon In The 'Conjuring' Universe's Latest Installment, 'The Nun'?

2.1k votes All The Easter Eggs And Connections Between The Films Of The Conjuring Universe

303.3k readers How To Summon Valak, The Demon Featured In 'The Conjuring 2' And 'The Nun'

103 votes All The Movies In 'The Conjuring' Universe, Ranked

The Conjuring Franchise IS LISTED ON