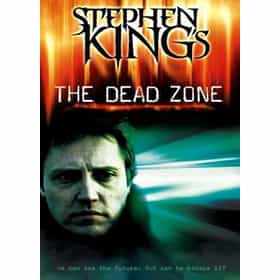 This film is a 1983 American horror thriller film directed by David Cronenberg. The screenplay by Jeffrey Boam was based on the 1979 novel of the same name by Stephen King. The film stars Christopher Walken, Brooke Adams, Tom Skerritt, Herbert Lom, Anthony Zerbe, Colleen Dewhurst and Martin Sheen. The plot revolves around a schoolteacher, Johnny Smith, who awakens to find he has psychic powers. It became the basis for a television series of the same name in the early 2000s, starring Anthony Michael Hall. ... more on Wikipedia

The Dead Zone is ranked on...

The Dead Zone is also found on...

Indie albums coming out in 2020, how many seasons of the flash, jewel of the nile cast, Cats & Dogs cast, bugs bunny tattoo, 1940's brunette actresses, birth of a dragon torrent, house movie 1986, celebrities in their 90s, black drama movies