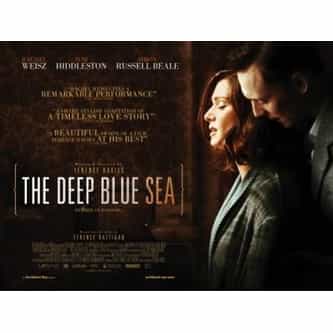 The Deep Blue Sea is a 2011 British romantic drama film directed by Terence Davies and starring Rachel Weisz, Tom Hiddleston, and Simon Russell Beale. It is an adaptation of the 1952 Terence Rattigan play The Deep Blue Sea about the wife of a judge who engages in an affair with a former RAF pilot. This film version is funded by the UK Film Council and Film4, produced by Sean O'Connor and Kate Ogborn. Filming began in late 2010 and it was released in the United Kingdom in 2011, the year of ... more on Wikipedia

The Deep Blue Sea IS LISTED ON