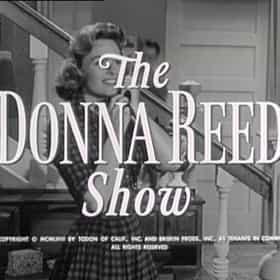 The Donna Reed Show is an American situation comedy starring Donna Reed as the middle-class housewife Donna Stone. Carl Betz co-stars as her pediatrician husband Dr. Alex Stone, and Shelley Fabares and Paul Petersen as their teenage children, Mary and Jeff. The show originally aired on ABC from September 24, 1958 to March 19, 1966. When Fabares left the show in 1963, Petersen's little sister, Patty Petersen, joined the cast as adopted daughter Trisha. Patty Petersen had first appeared in the episode, "A Way of Her Own", on January 31, 1963. Actress Janet Landgard was a series regular from 1963-1965 as Karen Holmby. Bob Crane and Ann McCrea appeared in the last seasons as Dr. ... more on Wikipedia

The Donna Reed Show is ranked on...

The Donna Reed Show is also found on...