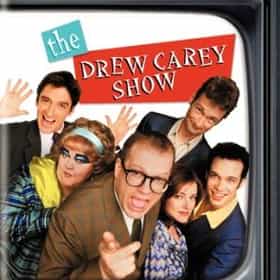 The Drew Carey Show is an American sitcom that aired on ABC from 1995 to 2004. The show was set in Cleveland, Ohio, and revolved around the retail office and home life of "everyman" Drew Carey, a fictionalized version of the actor. The show was created by Carey, who had both stand-up comedy and writing experience, and Bruce Helford, who was once a writer for Roseanne. It was the first television show to have an episode simulcast on the Internet. The show was produced by Mohawk Productions in association with Warner Bros. Television. The show debuted on the ABC network on September 13, 1995, and ranked among the Top 30 programs for four seasons before sliding in popularity. ... more on Wikipedia

The Drew Carey Show is ranked on...

The Drew Carey Show is also found on...