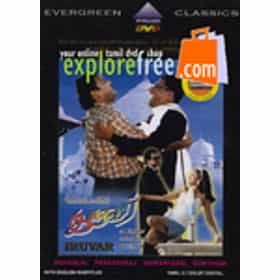 Iruvar is a 1997 Indian Tamil political drama film co-written, directed and produced by Mani Ratnam. The film is loosely based on the relationship between cinema and politics in Tamil Nadu, features Mohanlal in the lead role along with Prakash Raj, Aishwarya Rai, Tabu, Gouthami, Revathi and Nassar in pivotal roles. Rai, a former Miss World, made her screen debut through this film in dual characters. The film had a very successful music and acclaimed background score composed by A. R. Rahman and the cinematography was by Santosh Sivan. It was dubbed into Telugu as Iddaru and in Malayalam in the same name. The film was showcased in the Masters section at the 1997 Toronto International ... more on Wikipedia

The Duo is also found on...