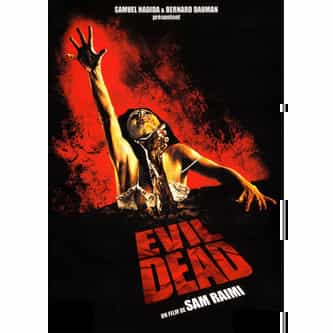 Tagline
Can They Be Stopped?
The Ultimate Experience In Grueling Terror
They got up on the wrong side of the grave.

This film is a 1981 American horror film written and directed by Sam Raimi and executive produced by Raimi and Bruce Campbell, who also stars alongside Ellen Sandweiss and Betsy Baker. This film focuses on five college students vacationing in an isolated cabin in a remote wooded area. After they find an audiotape that releases a legion of demons and spirits, members of the group suffer from demonic possession, leading to increasingly gory mayhem. Raimi and the cast produced the short film ... more on Wikipedia

The Evil Dead IS LISTED ON