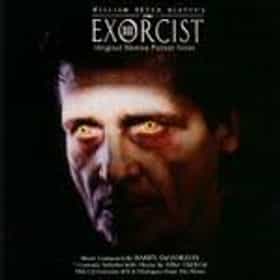 The Exorcist III is a 1989 American supernatural horror film written and directed by William Peter Blatty. It is the third installment of The Exorcist series and a film adaptation of Blatty's novel, Legion. The film stars George C. Scott, Ed Flanders, Jason Miller, Scott Wilson and Brad Dourif. This is the only Exorcist film not to be distributed theatrically by Warner Bros., though Warner Bros. has gained distribution rights since. Set fifteen years after the original film, the film centers on a character from the first film, the philosophical Lieutenant William F. Kinderman, who is investigating in Georgetown that appear to have a satanic motive. ... more on Wikipedia

lists about The Exorcist III

'The Exorcist III' Is A Buried Treasure That Carries On The Legacy Of The Original 'Exorcist' 1.4k views What do you get when you combine a demonic serial slayer, a detective questioning his faith, and one hell of a jump scare? O...

The Exorcist III is ranked on...

The Exorcist III is also found on...