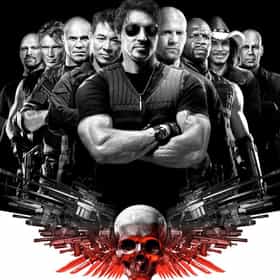 The Expendables is a 2010 American ensemble action film written by David Callaham and Sylvester Stallone, and directed by Stallone, who also starred in the lead role. The film co-stars Jason Statham, Jet Li, Dolph Lundgren, Randy Couture, Terry Crews, Steve Austin and Mickey Rourke. The film was released in the United States on August 13, 2010. It is the first installment in The Expendables film series. This was Dolph Lundgren's first theatrically released film since 1995's Johnny Mnemonic, and Steve Austin's last theatrical release film until 2013's Grown Ups 2. The film is about a group of elite mercenaries tasked with a mission to overthrow a Latin American dictator whom they soon ... more on Wikipedia

The Expendables is ranked on...

The Expendables is also found on...