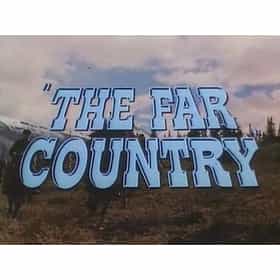 The Far Country is a 1954 American Western Technicolor romance film directed by Anthony Mann and starring James Stewart, Ruth Roman, and Walter Brennan. Written by Borden Chase, the film is about a self-minded adventurer who locks horns with a crooked lawman while driving cattle to Dawson. It is one of the few Westerns, along with The Spoilers, North to Alaska, to be set in Alaska. This is the fourth Western film collaboration between Anthony Mann and James Stewart. ... more on Wikipedia

The Far Country is ranked on...

The Far Country is also found on...