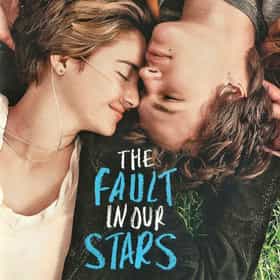 The Fault in Our Stars is a 2014 American romantic drama film directed by Josh Boone, based on the novel of the same name by John Green. The film stars Shailene Woodley, Ansel Elgort, and Nat Wolff, with Laura Dern, Sam Trammell, and Willem Dafoe playing supporting roles. Woodley plays Hazel Grace Lancaster, a sixteen-year-old cancer patient who is forced by her parents to attend a support group, where she subsequently meets and falls in love with Augustus Waters, played by Elgort. Development of The Fault in Our Stars began in January 2012 when Fox 2000, a division of 20th Century Fox, optioned the rights to adapt the novel into a feature film. Principal photography began on August ... more on Wikipedia

The Fault in Our Stars is ranked on...