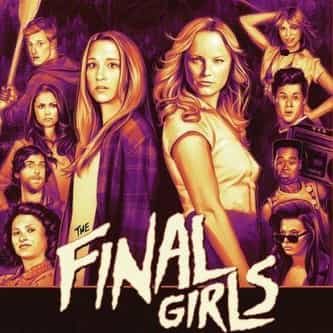 The Final Girls is a 2015 American slasher comedy film directed by Todd Strauss-Schulson. Max Cartwright (Taissa Farmiga)'s mother was scream queen Nancy (Malin Åkerman), who starred in the 1986 slasher film Camp Bloodbath, now a cult classic. When a theater screening the film catches fire, Max and her friends find themselves transported to 1986 and face to face with Nancy, her co-stars, and the real killer behind Camp Bloodbath. ... more on Wikipedia

The Final Girls IS LISTED ON