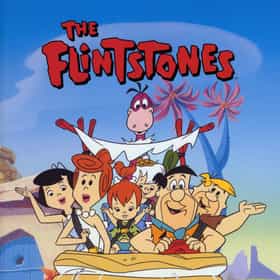 The Flintstones is a 1994 American buddy comedy film directed by Brian Levant and written by Tom S. Parker, Jim Jennewein and Steven E. de Souza. A live-action adaptation of the 1960s animated television series The Flintstones, the film stars John Goodman as Fred Flintstone, Rick Moranis as Barney Rubble, Elizabeth Perkins as Wilma Flintstone, and Rosie O'Donnell as Betty Rubble, along with Kyle MacLachlan as an executive-vice president of Fred's company, Halle Berry as his seductive secretary ... more on Wikipedia

The Flintstones is ranked on...

The Flintstones is also found on...