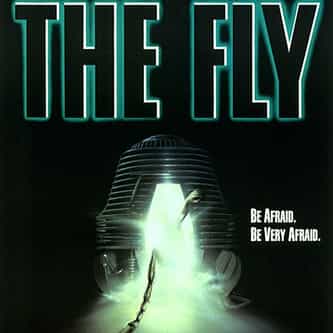 Tagline
Be afraid. Be very afraid.
HALF MAN
HALF INSECT...TOTAL TERROR!
Something went wrong in the lab today...something very wrong...

The Fly is a 1986 American science fiction horror film directed and co-written by David Cronenberg. Produced by Brooksfilms and distributed by 20th Century Fox, the film stars Jeff Goldblum, Geena Davis and John Getz. It is based loosely on George Langelaan's 1957 short story of the same name, which also formed the basis for the 1958 film. The score was composed by Howard Shore and the make-up effects were created by Chris Walas, who, along with makeup artist Stephan Dupuis won the Academy ... more on Wikipedia

The Fly IS LISTED ON