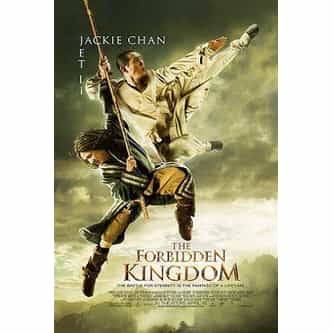 The Forbidden Kingdom is a 2008 Chinese-American martial arts film written by John Fusco, and directed by Rob Minkoff, and starring Jackie Chan and Jet Li. The film is loosely based on the novel Journey to the West, it is the first film to star together two of the best known names in the martial arts film genre. The action sequences were choreographed by Yuen Woo-ping. The film is distributed in the United States through The Weinstein Company and Lionsgate Films, and through The Huayi ... more on Wikipedia

The Forbidden Kingdom IS LISTED ON