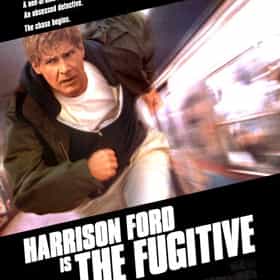 This film is a 1993 American action film based on the 1960s television series of the same name created by Roy Huggins. The film was directed by Andrew Davis and stars Harrison Ford and Tommy Lee Jones. After being wrongfully convicted, Dr. Richard Kimble escapes from custody and is declared a wanted man. He sets out to prove his innocence and bring those who were responsible to justice while being pursued relentlessly by a team of U.S. Marshals, led by Deputy Samuel Gerard. ... more on Wikipedia

The Fugitive is ranked on...

The Fugitive is also found on...