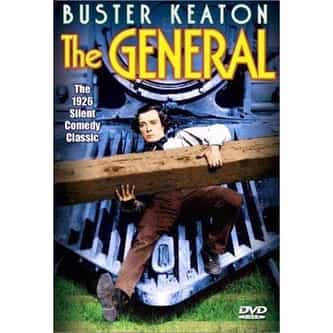 The General is a 1926 American silent comedy film released by United Artists. Inspired by the Great Locomotive Chase, which happened in 1862, the film stars Buster Keaton who co-directed it with Clyde Bruckman. It was adapted by Al Boasberg, Bruckman, Keaton, Paul Girard Smith and Charles Henry Smith from the memoir The Great Locomotive Chase by William Pittenger. At the time of its initial release, The General, an action-adventure-comedy made toward the end of the silent era, wasn't well ... more on Wikipedia

The General IS LISTED ON