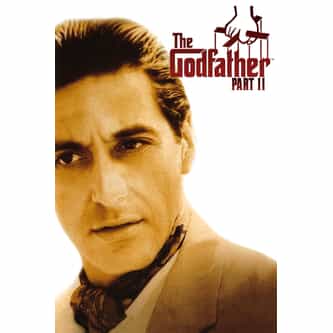 The Godfather Part II is a 1974 American epic crime film produced and directed by Francis Ford Coppola from a screenplay co-written with Mario Puzo, starring Al Pacino and Robert De Niro. Partially based on Puzo's 1969 novel The Godfather, the film is both sequel and prequel to The Godfather, presenting parallel dramas: one picks up the 1958 story of Michael Corleone, the new Don of the Corleone crime family, protecting the family business in the aftermath of an attempt on his life; the ... more on Wikipedia

The Godfather Part II IS LISTED ON