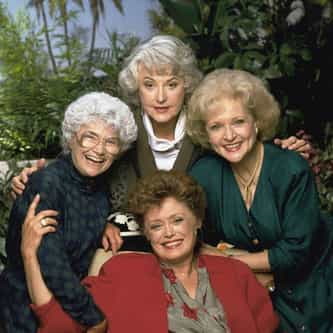 The Golden Girls is an American sitcom, created by Susan Harris, that originally aired on NBC from September 14, 1985, to May 9, 1992. Starring Bea Arthur, Betty White, Rue McClanahan, and Estelle Getty, the show centers on four older women sharing a home in Miami, Florida. It was produced by Witt/Thomas/Harris Productions, in association with Touchstone Television, and Paul Junger Witt, Tony Thomas, and Harris served as the original executive producers. The Golden Girls received critical ... more on Wikipedia

lists about The Golden Girls

5.8k votes The Best Episodes of The Golden Girls

4k votes 22 Gifts All Golden Girls Fans Simply Must Have

333 votes What To Watch If You Love 'The Golden Girls'

The Golden Girls IS LISTED ON