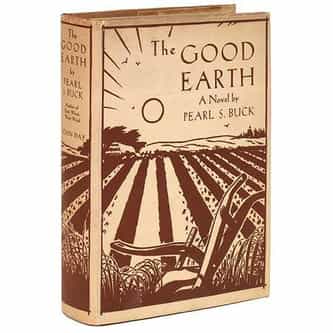 The Good Earth is a novel by Pearl S. Buck published in 1931 and awarded the Pulitzer Prize for the Novel in 1932. The best-selling novel in the United States in both 1931 and 1932, it was an influential factor in Buck's winning the Nobel Prize for Literature in 1938. It is the first book in a trilogy that includes Sons and A House Divided. The novel, which dramatizes family life in a Chinese village before World War I, has been a steady favorite ever since. It was included in Life ... more on Wikipedia

The Good Earth IS LISTED ON