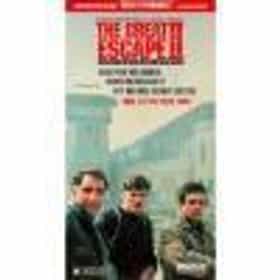 The Great Escape II: The Untold Story is a 178 minute, made-for-TV "sequel" to the 1963 movie The Great Escape. Made in 1988, it stars Christopher Reeve, Judd Hirsch, Tony Denison, Ian McShane, Charles Haid and Donald Pleasence, this time as a Gestapo officer. The Great Escape II is not a true sequel, as it dramatizes the escape itself just as the original film does, although mostly using the real names of the individuals involved. It features the exploits of Major Johnnie Dodge, an American-born British Army officer and cousin of Winston Churchill, and largely follows his journey to freedom after the escape itself. The second half of the film is based on the post-war ... more on Wikipedia

The Great Escape II: The Untold Story is ranked on...