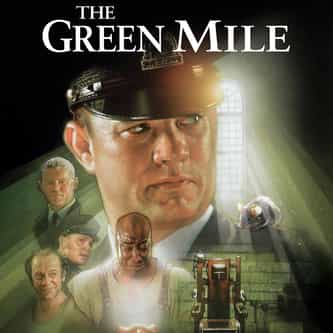 Tagline
Miracles do happen.
Miracles happen in the most unexpected places.
This is a story about a miricle where I work... The Green Mile.
Paul Edgecomb didn't believe in miracles... until the day he met one.

The Green Mile is a 1999 American fantasy drama film directed by Frank Darabont and adapted from the 1996 Stephen King novel of the same name. The film is told in a flashback format and stars Tom Hanks as Paul Edgecomb and Michael Clarke Duncan as John Coffey with supporting roles by David Morse, Bonnie Hunt, and James Cromwell. The film also features Dabbs Greer, in his final film, as the old Paul Edgecomb. The film tells the story of Paul's life as a death row corrections officer during ... more on Wikipedia

The Green Mile IS LISTED ON