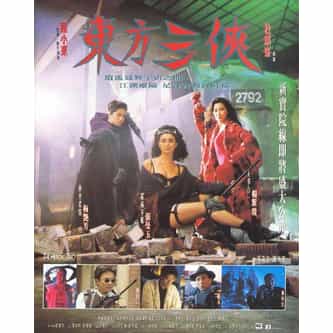 Directed by
Johnnie To

The Heroic Trio is a 1992 Hong Kong action film directed by Johnny To, starring Michelle Yeoh, Maggie Cheung, and Anita Mui as the titular trio. Other cast include Damian Lau, Anthony Wong Chau-Sang, Paul Chun, James Pak and Yan Yee Kwan. The main characters of the film are reunited in a sequel, another 1993 film, Executioners. ... more on Wikipedia

Faust: Love of the Damned

The Heroic Trio IS LISTED ON