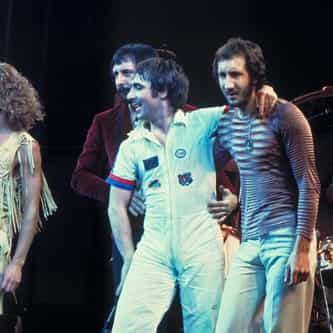 The Who are an English rock band formed in London in 1964. Their classic line-up consisted of lead singer Roger Daltrey, guitarist and singer Pete Townshend, bass guitarist John Entwistle and drummer Keith Moon. They are considered one of the most influential rock bands of the 20th century, selling over 100 million records worldwide. The Who developed from an earlier group, the Detours, and established themselves as part of the pop art and mod movements, featuring auto-destructive art by ... more on Wikipedia

lists about The Who

2.6k votes The Best Who Albums of All Time

43.7k readers Fascinating Facts You Didn't Know About The Who's 'Who Are You'

932 votes Every Song in Tommy, Ranked by Singability

454 votes The Best Songs on The Who's Album Who's Next

The Who IS LISTED ON