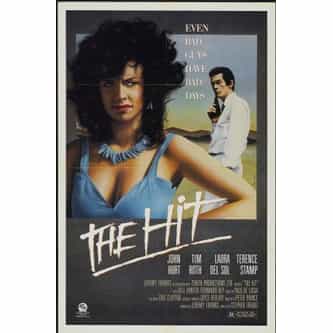 The Hit is a 1984 British road crime film directed by Stephen Frears and starring John Hurt, Terence Stamp and Tim Roth. The Hit was Stamp's first starring role in over a decade and Roth won an Evening Standard award as the apprentice hit man. The film was released on DVD by The Criterion Collection in April 2009. The title music is provided by Roger Waters and Eric Clapton. Spanish flamenco guitarist Paco de Lucia performed the soundtrack music. ... more on Wikipedia

The Hit IS LISTED ON