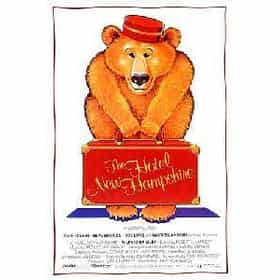 The Hotel New Hampshire is a 1984 comedy-drama film based on John Irving's 1981 novel of the same name. The film was written and directed by Tony Richardson and stars Jodie Foster, Beau Bridges, Rob Lowe, and Nastassja Kinski. The film also features Wilford Brimley, Amanda Plummer, Matthew Modine, and a young Seth Green in a supporting role. The film is a co-production from the United Kingdom, Canada, and the United States. In an introductory foreword that he wrote for a later edition of the novel, author Irving stated that he was thrilled when Richardson informed him that he wanted to adapt the book to the screen. Irving wrote that he was very happy with the adaptation, complaining ... more on Wikipedia

The Hotel New Hampshire is ranked on...

The Hotel New Hampshire is also found on...