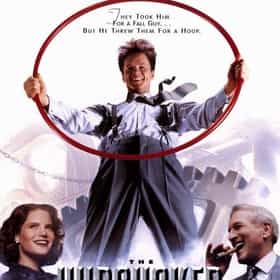 The Hudsucker Proxy is a 1994 screwball comedy film co-written, produced, and directed by Joel and Ethan Coen. Sam Raimi co-wrote the script and served as second unit director. The film stars Tim Robbins as a naïve business-school graduate who is installed as president of a manufacturing company, Jennifer Jason Leigh as a newspaper reporter, and Paul Newman as a company director who hires the young man as part of a stock ploy. The script was finished in 1985, but production did not start until 1991, when Joel Silver acquired the script for Silver Pictures. ... more on Wikipedia

The Hudsucker Proxy is ranked on...

The Hudsucker Proxy is also found on...