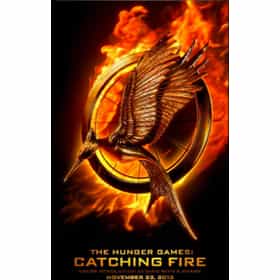 The Hunger Games film series consists of four science fiction dystopian adventure films based on The Hunger Games trilogy of novels, by the American author Suzanne Collins. Distributed by Lionsgate and produced by Nina Jacobson and Jon Kilik, it stars Jennifer Lawrence as Katniss Everdeen, Josh Hutcherson as Peeta Mellark, and Liam Hemsworth as Gale Hawthorne. Gary Ross directed the first film, while Francis Lawrence directed the next three films. ... more on Wikipedia

lists about The Hunger Games Franchise

The Hunger Games Franchise is ranked on...

#22 of 672 The Most Overrated Movies of All Time 733.5k VOTES The most overrated movies of all time in one list, ranked in order of how overrated they really are. Being overrated doesn't...
#26 of 119 The Very Best Movie Franchises 305.2k VOTES The best movie franchises of all time have brought us some of the best movies ever as well as some billion dollar films and ...
#23 of 52 Which Nerd Favorite Has The Most Annoying Fans? 28k VOTES When it comes to their favorite franchises, geeks mean business. The shows, films, comics, and video games on this list ins...
#2 of 28 Great Movies About Kids Trying to Survive 777 VOTES   Survival movies are full of riveting suspense sequences, but when a child is the lead character the stakes become e...
#16 of 27 What to Watch If You Love Game of Thrones 2.5k VOTES Since the Song of Fire and Ice inspired series first debuted, Game of Thrones fans have not been ab...
#116 of 168 The Very Best Survival Movies 20.9k VOTES A list of the best survival movies. All of the best survival films have been included, but if you feel we somehow missed one...
#3 of 22 The Best Film Franchises Based on Books 596 VOTES From stories that jump off the page to slow burners that make you contemplate the great beyond, this list includes informati...
#18 of 44 The Best Shows & Movies Set in the Future 238 VOTES If there's one commonality throughout most of science fiction, it's the setting taking place in the future. While that's not...
#2 of 18 What To Watch If You Love 'Divergent' 498 VOTES Wondering what to watch after Divergent? This list has you covered. The popular sci-fi film, which includes an out...
The Highest Grossing Movie Franchises of All Time 20.5k VIEWS All the highest grossing movie franchises of all time in one convenient list of the top grossing movie franchises ever. The ...