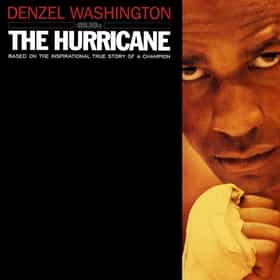 The Hurricane is a 1999 biographical film directed by Norman Jewison, and starring Denzel Washington. The script was adapted by Armyan Bernstein and Dan Gordon from the books Lazarus and the Hurricane: The Freeing of Rubin "Hurricane" Carter, by Sam Chaiton and Terry Swinton, and The Sixteenth Round: From Number 1 Contender To #45472, by Rubin "Hurricane" Carter. The film tells the story of a former middleweight boxing champion who was convicted. The film also depicts his life in prison and how he was freed by the love and compassion of a teenager from Brooklyn named Lesra Martin and his Canadian foster family. ... more on Wikipedia

The Hurricane is ranked on...

The Hurricane is also found on...