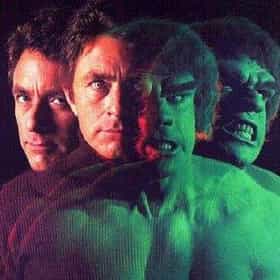 The Incredible Hulk is an American television series based on the Marvel Comics character The Hulk. The series aired on the CBS television network and starred Bill Bixby as Dr. David Bruce Banner, Lou Ferrigno as the Hulk, and Jack Colvin as Jack McGee. In the TV series, Dr. David Banner, a widowed physician and scientist, who is presumed dead, travels across America under assumed names, and finds himself in positions where he helps others in need despite his terrible secret: in times of extreme anger or stress, he transforms into a huge, incredibly strong green creature, who has been named "The Hulk". In his travels, Banner earns money by working temporary jobs while ... more on Wikipedia