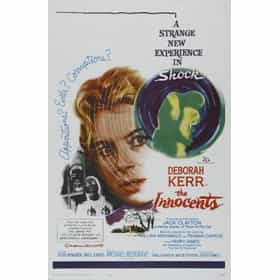 The Innocents is a 1961 British supernatural gothic horror film directed and produced by Jack Clayton, and starring Deborah Kerr, Michael Redgrave and Megs Jenkins. Based on the novella The Turn of the Screw by Henry James, the plot follows a governess who watches over two children and discovers that the house is haunted by ghosts and that the two children are being possessed. The title of the film was taken from William Archibald's stage adaptation of James' novella. Falling within the subgenre of psychological horror, the film achieves its effects through lighting, music and direction rather than conventional shocks. Its atmosphere was created by cinematographer Freddie Francis, who ... more on Wikipedia

The Innocents is ranked on...

The Innocents is also found on...