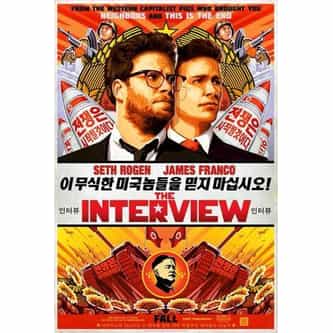 The Interview is a 2014 American political satire comedy film directed by Seth Rogen and Evan Goldberg in their second directorial work, following This Is the End. The screenplay by Dan Sterling is from a story by Rogen, Goldberg and Sterling. The film stars Rogen and James Franco as journalists instructed to take out North Korean leader Kim Jong-un after booking an interview with him. In June 2014, the North Korean government threatened merciless action against the United States if the ... more on Wikipedia

The Interview IS LISTED ON