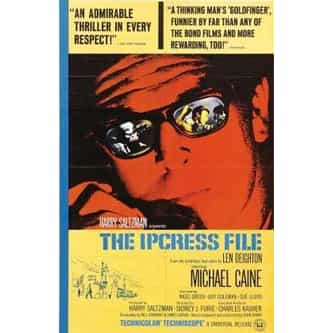 The Ipcress File is a 1965 British espionage film directed by Sidney J. Furie, starring Michael Caine and featuring Guy Doleman and Nigel Green. The screenplay by Bill Canaway and James Doran was based on Len Deighton's novel, The IPCRESS File. It has won critical acclaim and a BAFTA award for best British film. In 1999 it was included at number 59 on the BFI list of the 100 best British films of the 20th century. ... more on Wikipedia

The Ipcress File IS LISTED ON