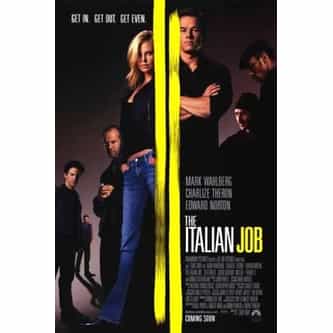 The Italian Job is a 2003 film directed by F. Gary Gray, written by Wayne and Donna Powers and produced by Donald DeLine. The film stars Mark Wahlberg, Charlize Theron, Jason Statham, Edward Norton, Seth Green, Mos Def and Donald Sutherland. It is an American remake of the 1969 British film of the same name, and is about a team of people who plan to take gold from a former associate who double-crossed them. Despite the shared title, the plot and characters of this film differ from those of ... more on Wikipedia