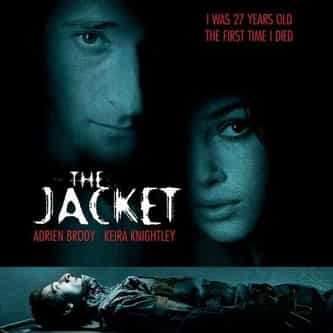 Tagline
Terror has a new name.

The Jacket is a 2005 psychological thriller film directed by John Maybury that is partly based on the Jack London novel The Star Rover. Massy Tadjedin wrote the screenplay based on a story by Tom Bleecker and Marc Rocco. The original music score is composed by Brian Eno and the cinematography is by Peter Deming. ... more on Wikipedia

The Jacket IS LISTED ON