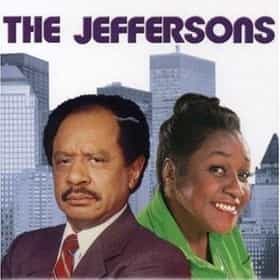 The Jeffersons is an American sitcom that was broadcast on CBS from January 18, 1975, through July 2, 1985, lasting 11 seasons and a total of 253 episodes. The show was produced by the T.A.T. Communications Company from 1975 to 1982 and by Embassy Television from 1982 to 1985. The Jeffersons is one of the longest-running sitcoms in the history of American television. The show focuses on George and Louise Jefferson, an affluent African-American couple living in New York City. The show was launched as the second spin-off of All in the Family, on which the Jeffersons had been the neighbors of Archie and Edith Bunker. ... more on Wikipedia

The Jeffersons is ranked on...

The Jeffersons is also found on...