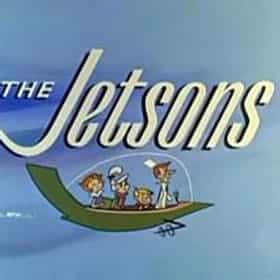 The Jetsons is an American animated sitcom produced by Hanna-Barbera, originally airing in primetime from September 23, 1962 to March 17, 1963, then later in syndication, with new episodes in 1985 to 1987. It was Hanna-Barbera's Space Age counterpart to The Flintstones. Reruns can be seen frequently on Boomerang. While the Flintstones live in a world with machines powered by birds and dinosaurs, the Jetsons live in a futuristic utopia of elaborate robotic contraptions, aliens, holograms, and whimsical inventions; No year was ever specified for when the show was set, though it was presumed the show was set in either the year 2000 or the year 2062. The original series comprised 24 ... more on Wikipedia

The Jetsons is ranked on...