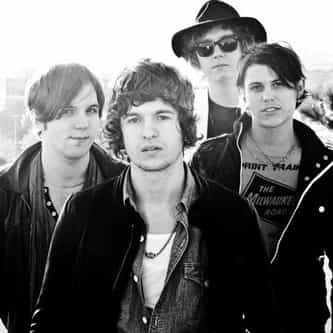 The Kooks are a British rock band formed in Brighton, East Sussex, in 2004. The band currently consists of Luke Pritchard, Hugh Harris, Alexis Nunez, and Peter Denton. The original bassist was Max Rafferty. The lineup of the band remained constant until the departure of Rafferty in 2008. Dan Logan served as a temporary replacement, until Peter Denton joined the band permanently in October 2008. Early in 2010, Pritchard announced the departure of drummer Paul Garred, due to a nerve problem ... more on Wikipedia

lists about The Kooks

The Kooks IS LISTED ON